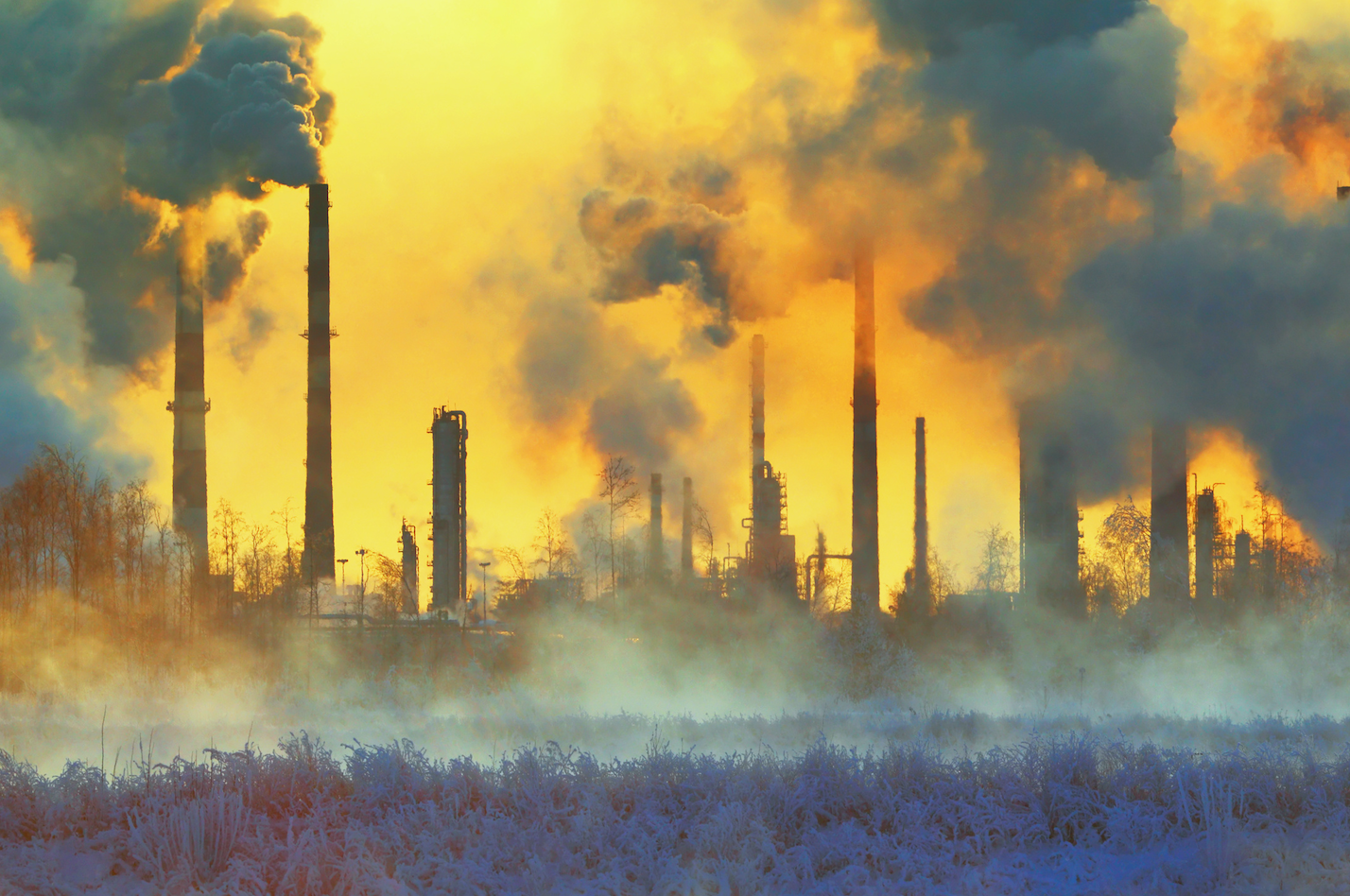 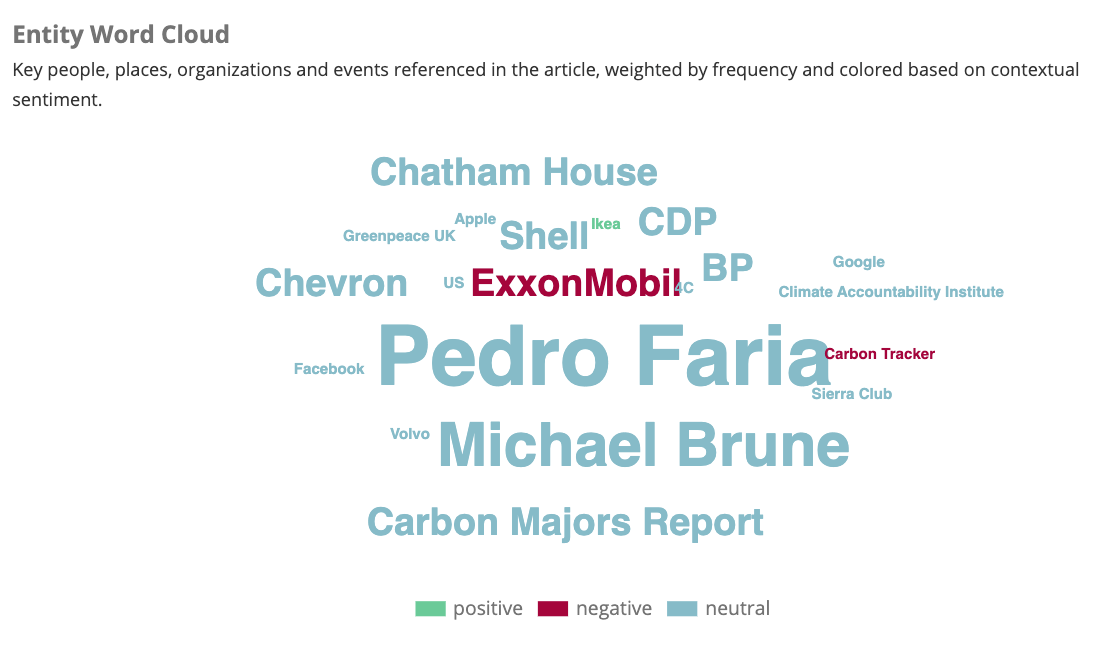 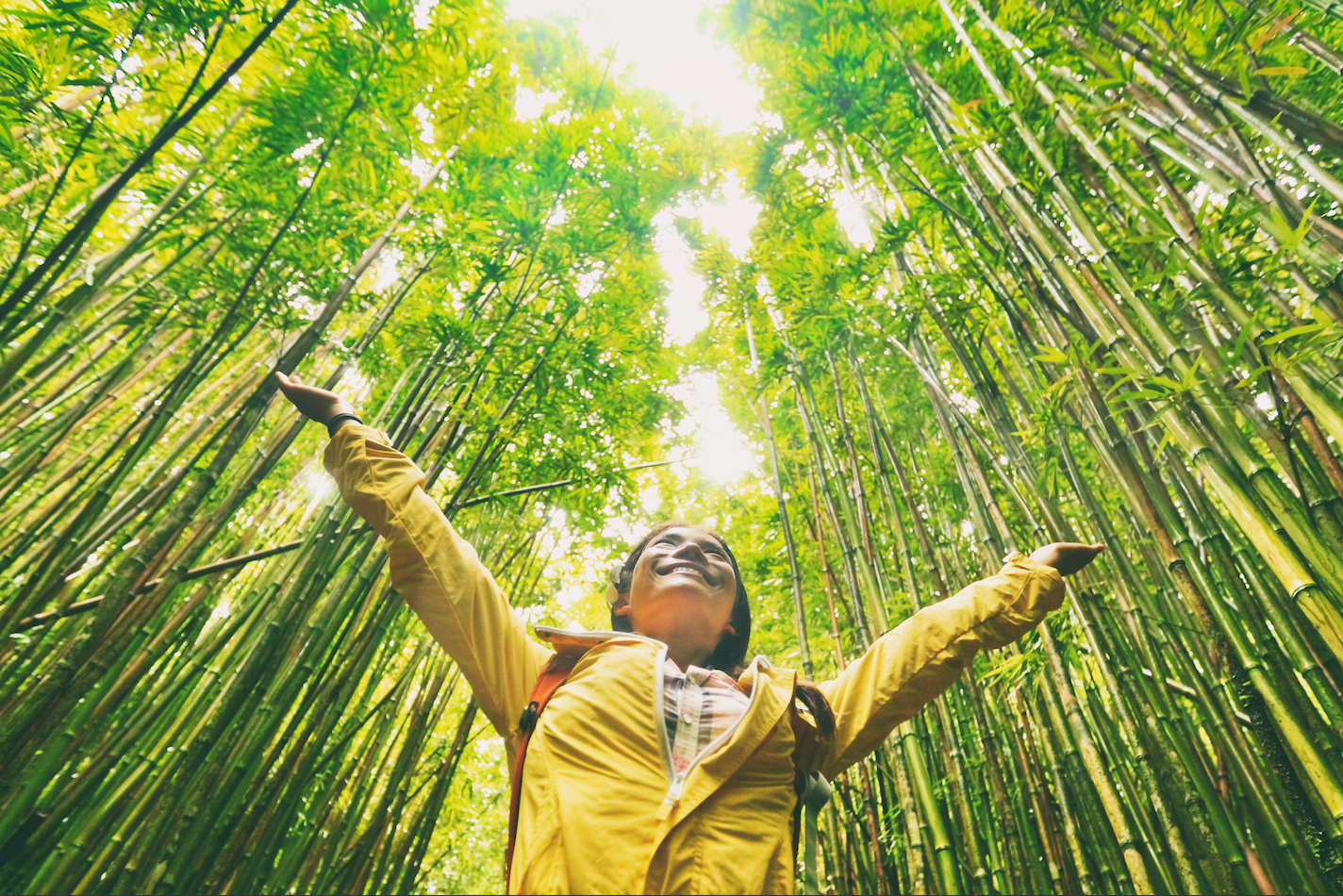 The Guardian reported on a study claiming, that just 100 companies are responsible for 71% of global emissions. The novel study used public data on emissions to emphasize the impact that only a few large fossil fuel companies and investors could have on the environment and global climate change.  The article ultimately concludes that not only are these unsustainable fossil fuel companies a risk to the environment but are likely risky ventures for investors as well, which is not surprising according to our analysis.

Our PESTEL scope showed the article was significantly focused on the Environment with a minor focus on the Economy. Our analysis also showed companies like Exon Mobil, one of the largest investor-owned companies on the emissions top 100 negatively portrayed where as other companies like Apple, Facebook, and even BP (that have recently released statements regarding their green initiatives) had more neutral sentiment.

Download our one page SignalForge overview, learn how we do it!